Celebrating a decade of performing the Honky Tonks, Rodeos and Festivals of Montana, it is safe to say that Insufficient Funds has found their niche. Hailing from Helena, Montana, the group was formed in the Winter of 2010 by founding members, Matt Winters and Al Forgey, the goal has always been to entertain. With a style that can’t be put in a box, Insufficient Funds may be best known for music that makes you feel good and stirs a memory once long forgotten. Red Dirt Country, Classic Country, Americana and Southern Rock are staples along with a solid set of original compositions to round out a high energy and engaging show. 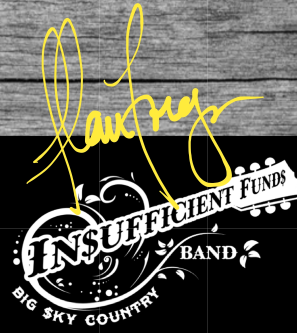